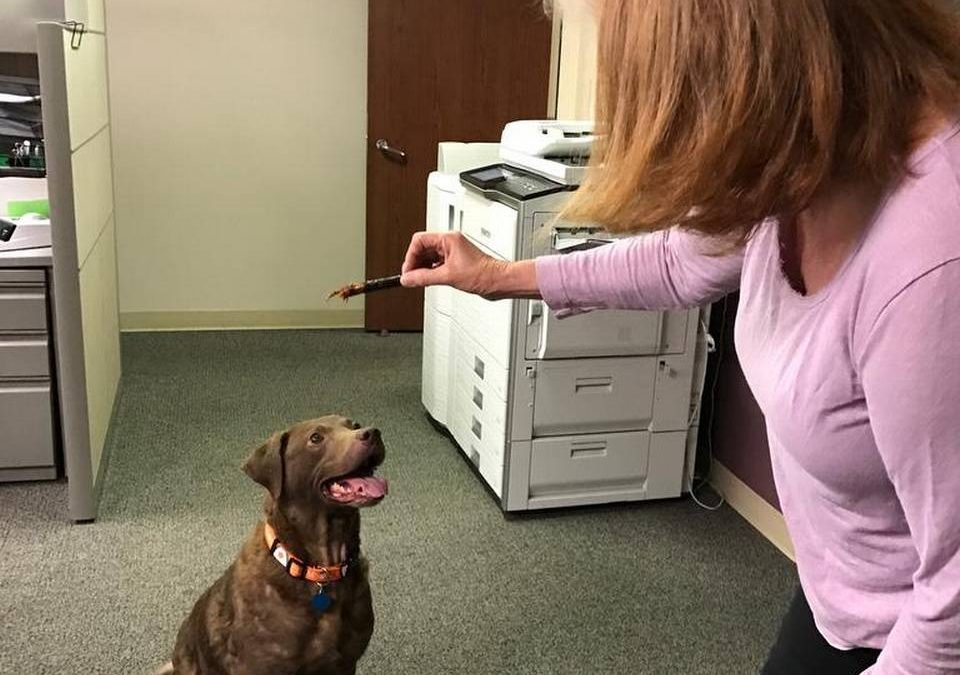 On April 3, while traveling on Interstate 77 from Orangeburg to his home in Tioga, Pa., a father of two sons – ages 9 and 16 – became ill, said Rock Hill Radiology Associates staff members.

“They were heading back Monday morning and only made it to Rock Hill,” said Megan McDowell, a Rock Hill Radiology claims analyst.

McDowell said she saw the boys wheeling their father to the Piedmont Medical Center emergency room on April 3. When she went to work the next morning at about 7:20 a.m., McDowell said she felt someone watching her. In a white pickup truck parked nearby, she saw a dog in the back seat.

“I knew that truck had been there since Monday at 12 o’clock,” she said. “I’m a dog lover. I knew he’d been there all night.”

She told her co-workers, and they alerted security.

“It was supposed to be 81 that day,” McDowell said, referring to the temperature, “so I knew he couldn’t sit there all day.”

The radiology staff learned the father had been admitted to the hospital for observation, and the family didn’t know anyone in the Rock Hill area.

“Everyone rallied,” said Marsha Neely, office administrator for Rock Hill Radiology since 1998 and with the hospital since 1985.